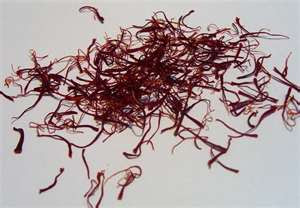 1 thought on “These are a Few of My Favorite Things: Spices”